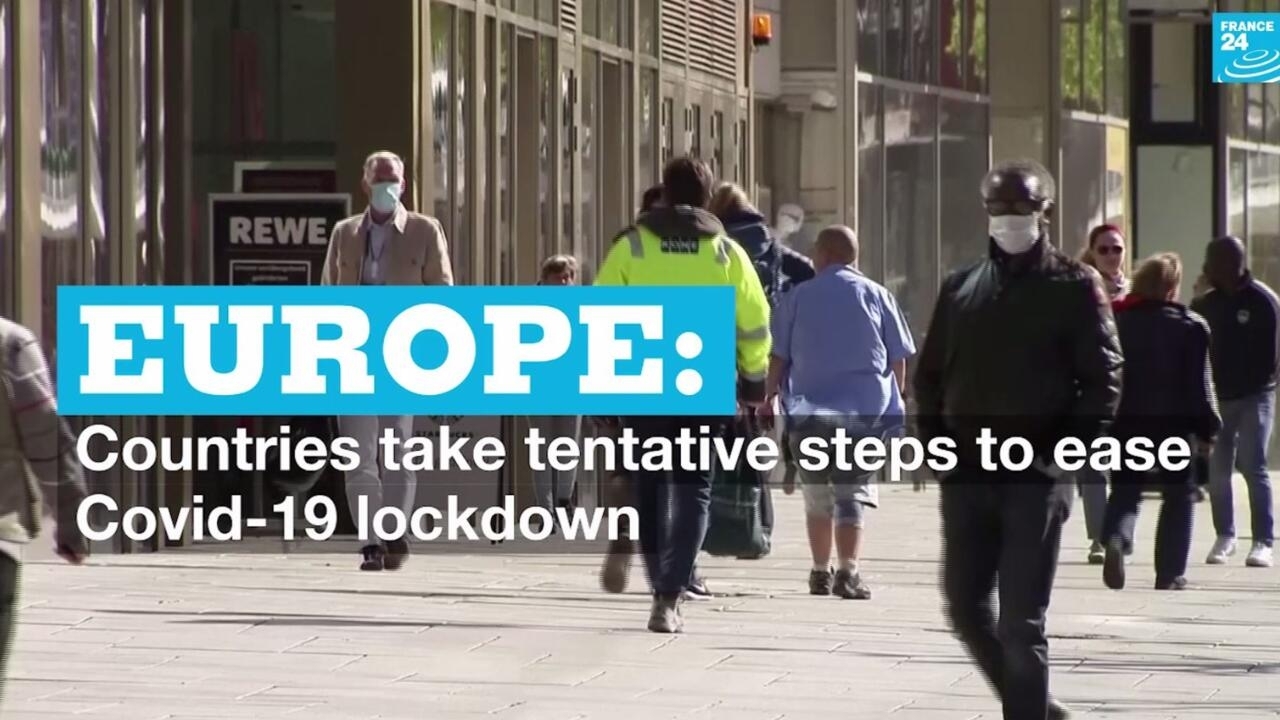 After weeks of containment to stop the spread of Covid-19, some countries in Europe are starting to ease restrictions as the number of new cases declines. But the joy of rediscovering lost freedoms has been greeted with a sense of caution amid warnings that the virus threat is far from over.

In Germany, small shops were allowed to reopen on Monday, although life was far from normal, with most German states making masks mandatory in public.

“We protect ourselves the best we can, or should I say the others, with our face mask. I can’t do more than that. I’m wearing gloves that I’ll throw away after, along with the face mask,” Gertrude Sietzy, a resident of Dresden, told Reuters.

“I hope that will be enough. Other than that, I’m really very glad that we can go out again at least a bit.

Small shops in neighboring Austria have been open since April 14, and cultural spaces, such as museums and libraries, are expected to reopen from mid-May.

In Denmark, too, some businesses, including hairdressers, are once again serving customers, while Denmark and Norway have started allowing some children to return to school.

Even the countries hardest hit by the coronavirus have started to take interim measures to ease the lockdowns.

Spain has started allowing some non-essential workers to return to work, while bookstores in Italy have been given the green light to reopen on April 14.

Meanwhile, in France, all containment measures are still in place. But the government said the restrictions would be gradually lifted from May 11.

But as Europe lifts restrictions, the WHO warned on Monday against returning to normal life too quickly.

“We want to stress again that easing restrictions is not the end of the epidemic in any country,” said Managing Director Tedros Adhanom Ghebreyesus.

“Ending the epidemic will require a sustained effort from individuals, communities and governments to continue to suppress and control this deadly virus. “

Covid in Europe: Country with the highest number of positive Covid cases in Europe in the past seven days

The global pandemic has touched every corner of the globe, affecting the lives of millions…

Heavy rains cause flooding in parts of Europe; alert country

The storms caused heavy flooding in parts of western and central Europe overnight, and a…